Wild Weather and Fun in Ax 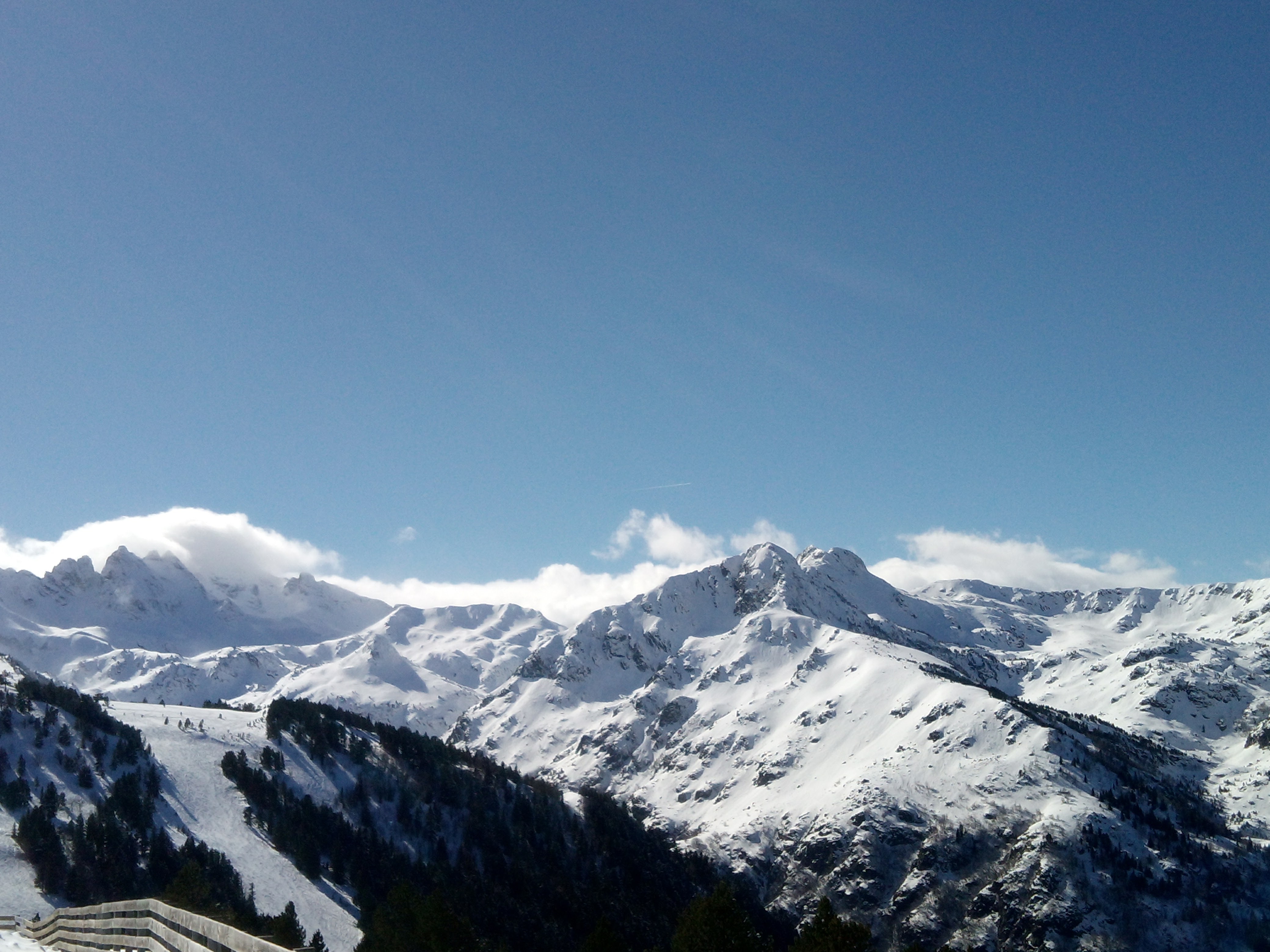 The gang of 7 arrived just as a huge storm set in over the French Pyrenees. With strong winds and inclement weather skiing plans needed urgent tweaking for family entertainment.

We arrived in Ax-les-Thermes in the Ariège region of the French Pyrenees the first weekend of the busy half term week, the night before a massive storm set in.

90mph winds closed almost all the lifts at Ax-3-Domaines on our first morning. The closest smaller ski area of Ascou was open but with rumours of 1hr 30 queues for each lift, we decided, after speaking to some locals, on an alternative.

We left Ax and headed for the Col du Chioula to find the cross-country ski area.

Day passes bought and kitted up, we spent a few minutes ‘clipping in’ and getting used to the very thin and lightweight skis.

Soon we were heading up the green route following the narrow tracks which you slide your skis in.

So far so good!

One loop around the easiest green track and a few tumbles along the way and we found ourselves on the long blue climb up towards the refuge at 1600m.

The cross country trails offered stunning views out over the Pyrenees and then we would turn in along beautiful, tree lined tracks through the woods.

Our little gang of seven had so much fun, the children (and me!) were really challenged and we all loved learning this sport.

I had tried it just once in Kimberley BC many years ago.

If the weather had not been so bad we would never have had this experience and seen the fantastic area at Chioula.

With the storm passing we finally made it up from the town of Ax-les-Thermes, where we were staying, to the start of the ski area at Bonascre at 1400m.

As we rode the fast Lièvre Blanc and Tute six man chairs higher up the resort we could see the fresh snow that the overnight storm (and rain in the valley) had brought.

All day we found fresh lines under increasingly blue skies.

In our two days we skied pretty much all the three ski areas – Bonascre, Saquet and Campels – which make up Ax-3-Domaines, and enjoyed lunch stops in our favourite restaurant, Le Louzat, tucked away between the poma lifts in the woods at Saquet.

The town of Ax-les-Thermes, named after the naturally occurring sulphuric water, is full of history – the old hospital, chapel and old foot bath contrasting with the newer foot bath near the gondola and more modern recreational thermal spa.

The influences from its proximity to Spain and Andorra are seen in the mix of tapas restaurants along the main street.

Over the next three years more than 25 million Euros will be invested in new lifts to alleviate the bottle necks in the resort and bring the system up to date.

There are also ongoing discussions to re-build the gondola from the village of Merens-les-Vals where the original lift to the Ax ski area was built.

Ax isn’t huge, its locals love it and I can understand now why they are proud to be called a ‘tribe’.

See you again soon I hope!

Thanks to Intersport for ski rental.

For information on the Ax ski area visit  Ax-ski.