Inferno in the Snow 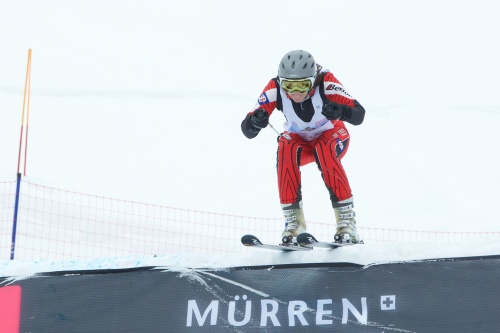 It was first organised by a group of ski-crazy brits in 1928, & today it’s the world’d largest amateur ski race. PlanetSKI partakes.

Bbut this year I am taking part in the Inferno as part of the Super 3, the Inferno Is the second race in a series of three amateur ski races that take place across Switzerland.

The pretty village of Mürren, in the Jungfrau Region, is the Inferno host resort offering stunning views over to the Eiger, spotted only once when the weather cleared.

A brief clear spell and there’s the Eiger

There are fewer than 200 of the maximum 1850 Inferno entrants taking part in the Super 3 and it was great to see some familiar faces from last weekend’s visit to Belalp and the Hexe race – Postcard from Belalp / Hexe Race.

With oodles of snow we were looking forward to skiing a full course but strangely, whereas in Belalp we’d had the total 12km course, here in Mürren, rain had battered the lower slopes.

So the switch back section of the course down to Lauterbrunnen was clearly not skiable.

Arriving to huge snowfalls mid last week, and then violent winds gusting through the area whilst skiing on Thursday, we had a feeling that the top section of the resort would not be open.

As part of the 75th anniversary celebrations we had a new team event to take part in, the day before the main downhill event. Read more here on 75th Celebrations.

I had teamed up with my brother and two friends to make up our team of four.

Being a mass start, based on the original Inferno format of years ago, we lined up side by side at the top of the course.

Sadly this was only at Almendhubel as heavy snow and ongoing wind forced the organisers to choose a lower start point.

(C.Rob Webb) Team 108 at the start with Vanessa in Red

As the wooden board dropped away below our skis, we pushed out of the start gate with our team strategy in place.

Tuck in behind each other, send the fast ones first – one ex army para who is a super fit cross – country marathon skier, my brother, ex-army ski racer, then me and finally a friend and Kandahar Ski Club member Alex.

The course sent us up the ‘woodcutters’ path – an uphill section which also features in the main Inferno event.

The distance between our first two team-mates and Alex and I grew with each uphill strained movement!

No sooner had we reached the end of the long climb, we were careering around the corner past the chairlift and on to the ‘Palace Run’ back to Murren village centre.

Not everyone made it safely around these corners!

With my team safely down, our individual times were too different to break in to the top 100 teams, but we were far from the slowest!

Excitement levels rose when the organisers announced a break in the weather, enabling the Inferno downhill start to be moved up to Birg, still a way below the usual Schilthorn start but long enough to give more than a 3 minute race.

Our friends the German team ‘Racing Team Blitztal’ were found waxing their skis in the workshop close to our hotel – the Germans spending 4 hours on their skis and apparently adding an extra layer for the fast schuss along the upper section.

I left my team in charge of my skis requesting just a bit of wax if time!

Four hours later, the winds had picked up and once again the start for the 2018 75th Inferno was moved back down to the lower start at the top of the Almendhubel funicular lift with the finish to be in Murren.

As Christoph Egger, Race Director, pointed out – despite being a short course it is still longer than the longest FIS race plus, to give an extra twist, a small jump was placed just above the village centre finish.

The Germans were back in the workshop reapplying different wax, whatsapp messages were flying around my groups of participating friends as to whether a GS ski or a Super G ski would be more beneficial for this short course.

The customary burning of the devil took place.

It is said to ward off any bad spirits the night before the main Inferno race event, and still it carried on snowing.

Race day, it was still snowing on and off and heavy winds picked up as the day progressed, confirming the right decision to move the start down by the race organisers.

1705 skiers participated this year, the fastest, Marcel Fassler, coming down at number 525 in 2 mins 46 seconds and with the jump just before a fast left bend in to the finish there was certainly some added excitement to the otherwise short, fast course.

The route was running faster than the team event, I even knocked off over a minute off my time to earn a ‘bronze’ in my category and the 3rd fastest GB female in my category.

So with two races under my belt, it’s on to the third race in Saas Fee, the “Allalin-Rennen” in March.

I’m wondering what will come next…?

Vanessa in Red, flanked by Other Super-3 skiers after Inferno 2018

To get the feel for the Inferno have a quick look at the video below: